erykah badu, green garden, jill scott, laura mvula, london, longitude, music, sing to the moon, singer, song, soul, Summer, what we're listening to
Oh the elusive season that is spring! That is, perhaps, until now. We are finally able to finish our working day with a sprinkling of sun rays and a little warmth, which means we start to think of brighter and happier times spent in the sun listening to good music. Who better to be this week’s choice than the splendid Laura Mvula. 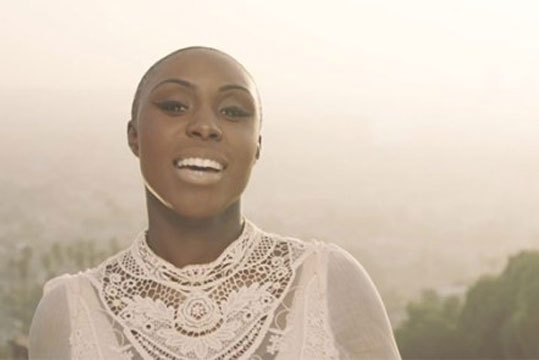 For a while now this contemporary singer has been rated as being one to watch for 2013 and of course the posters infiltrate the London underground, so those of us that live in London at are no strangers to her name. But when we take notice of the hype and  really sit down to give her music time and appreciation we are not disappointed by any means.
Mvula, influenced by other soul singers such as Jill Scott and Erykah Badu, is an accomplished composer and singer with a style that is original and uplifting. Her debut album released last month Sing to the Moon is just gorgeous.
Watch our favourite video of the single that preceded her album which is full over beautiful spring time quirk and vocal brilliance.
She’ll next be playing live at Marlay Park at Longitude Festival in Dublin and you can purchase her music from iTunes.

April 18, 2013 by cellardoormagazine | 0 comment
Elle King, inspiration, LA, Michael Kiwanuka, music, Of Monsters and Men, Otis Redding, playlist, singer, video, what we're listening to
Windy blustery days just make us want to sit inside and hide from the cold – and this week really is the peak of that feeling! Cellardoor HQ want to introduce you to a country and blues singer who is sure to be on the rise quicker than a storm can make the lights flicker – a miss Elle King! 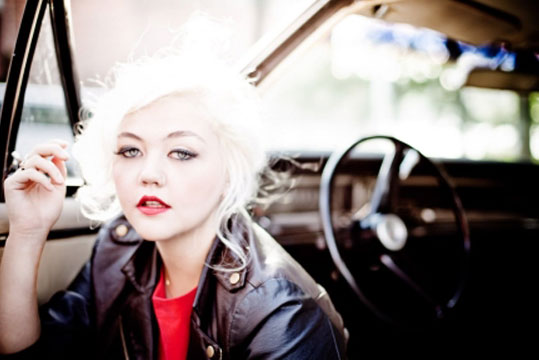 Born in Los Angeles, Elle now resides in the cooler of the ghettos in the USA, hipster heaven Brooklyn, New York.
At only 23 years of age Elle has lived all over the world and been exposed to the lime light from an early age acting in films and in her private life explored perhaps the darker side of life – underpinning the grit of her songs.
Inspired by an eclectic group of music artists from Otis Redding, Etta James to Johnny Cash and AC/DC. Elle graces us with surrendering soul, bluegrass banjo and an ounce or two of the taboo in her choice of songs – we must confess!
However, she is one to watch and has toured with some most credible bands from Of Monsters and Men to singer Michael Kiwanuka.
Watch her video for No One Can Save You here…
Elle is due to release her debut early next year and her EP can be purchased on iTunes.
By Melodie Walter

Tilston is not your average singer-song writer and she is certainly the first of her kind to emerge in recent years, although her music is not by any means above Mitchell.
Singing about the contrasts between insatiability of the finance world (Wall Street) and other social injustices; her lyrics express the conflicts between the modern world and the human state – but beautifully.
Who could not love her artistic style (Tilston like Mitchell is a painter) – particularly the painting for this album cover suits the whimsical resonance of her vocals with a surreal landscape of boats, travellers, clouds and giraffes.
Watch her animated music video for Stags Bellow. We imagine ourselves back in the sixties with beads in our hair and dancing around wood-burning fires – a mix of campervan living and Celtic-calls of the wild; perfect for the bohemian within.

You can buy the album from her website or download it from iTunes. She is next playing live November 08 at Bush Hall, Shepherd’s Bush in London.
By Melodie Walter

November 5, 2012 by cellardoormagazine | 0 comment
gabrielle aplin, gotye, home, music, singer, songw, summer sounds, youtube
Summer: rain, floods and cold winds are haunting us daily, so for the time being we’ve reverted back to the music that better fits a scene of a warm jumper and roasting fire, but that at least brightens the soul!

YouTube sensation Gabrielle Aplin from Bath in Somerset has the perfect tone that we love here at Cellardoor. With her playful acoustic arrangements and ability to sing and song-write, there is much to admire about this ‘internet sensation’.
In particular, ‘Home’, which is written and sung by Gabrielle, is a personal and honest song about rising above being hurt and appreciating the special people that make us feel secure wherever we are in the world. It is a song that we could almost imagine being happily lost wandering along the Celtic lands with the wind in our hair and content with life…bliss!
Gabrielle has recently toured as the support act for Gotye in February 2012 and has just completed a UK tour of her own. If you want to see this cheerful singer-songwriter, she is next playing at the Larmer Tree Festival at Salisbury in Wiltshire this week 11-15 July.