Surrounded by an ever changing backdrop of inspiring musicians, Julie Ann Bee lies at the centre of her own musical project- ‘Sea of Bees’. As the singer, writer and instrumentalist, Jules relies on talented friends to fill in the gaps to make the projects enchanting music. Focusing on Jules’ innocent and girlish vocals, the bands music takes on folk-y ethereal numbers with ease on their latest album ‘Songs for the Ravens’.

Expect sweeping romance and eccentric beats in a perfect world of Jules’ own making. A band to watch, Sea of Bees are the perfect soundtrack for kicking up the leaves this Autumn. 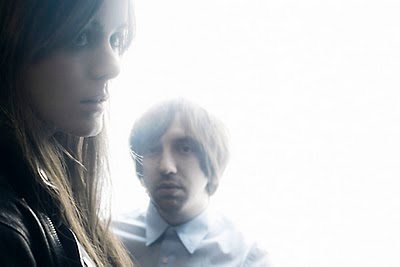 The first thing I do in the morning is pour some coffee and put the toast on, it’s a normal ritual before I get writing and working, and I usually like to have some music on in the background.

I don’t know about you, but after a few days I find myself getting very bored with the same songs over and over again. The Spotify ‘What’s New’ list is, well, dire… but this week I have been lucky enough however to stumble upon The Hundred in the Hands.

A funky duo of “Avant-pop split between the austere and feverish”. Now, I am no music junkie nor am I very knowledgeable in the correct terms and genres, but I am loving their songs. They write together and found one another while travelling across the US. They are based in New York and bring the past sounds of vintage hip-hop and 60s pop into today’s eclectic music scene.

My favourite songs so far are Pigeons, Building in L.O.V.E and Dressed in Dresden. Their website is not only a great place to read about them, but they also write and review music and designers…

As lovers of all things vintage here at Cellardoor, we were intrigued to find out what was in store at Vintage at Goodwood; Britain’s latest and best festival for retro music, fashion, art and culture. Highlights included the amazing array of vintage cars and caravans in pastel colours (literally, a dream mode of transport), music from The Faces and Sandie Shaw as the sun went down, and some people watching over a spot of tea and cake = must-have fashions included fifties tea dresses, forties uniforms, Biba-esque waistcoats, and an array of unusual hats and hairstyles.

Our very own vintage girl Laura Davies, gives us the low down of the newest, and most fashionable festival.

Wandering through the vintage stalls was a bargain hunters paradise and we were particularly taken with the teasets for sale at Mrs Stokes Vintage China, the perfect gift for any retro girl. Instead, due to the wet weather, purchase of the day had to be a Barbour jacket to keep out the afternoon chill (allegedly an essential item for autumn/winter, natch), even if all ideas on buying a gorgeous suede coat had to be abandoned due to the torrential downpour = the downside of the British summer.

he Tanqueray Torch Club offered the perfect shelter from the rain in which to catch a set of live classic forties and fifties music and watch the immaculate couples dancing in their amazing outfits over a glass of Pimms.

Even though the bad weather did put a downer on the day, and there are still some creases to iron out before next year,Vintage at Goodwood had a great atmosphere, and it was nice being around like-minded people, with the opportunity for a spot of shopping, of course. I’m even now planning on signing up for Lindy Hop classes in preparation for next year, when I plan to channel the 1940s look, at least it gives me a year to scour the shops for a suitable outfit.

August 18, 2010 by cellardoormagazine | 4 Comments
charlotte gainsbourg, Contributors, earworm, guest blogger, music
We cannot wait to see the new movie Gainsbourg and with Jane Birkin as one of our style muses (have a peek here) only seemed right to focus on their daughter, Charlotte Gainsbourg. 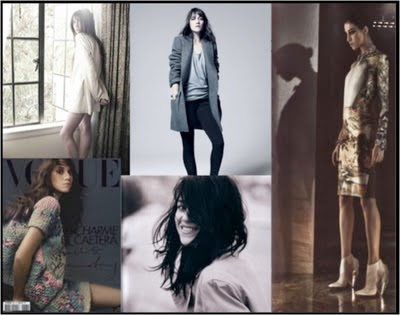 With so many actresses and models releasing albums now it seems that Charlotte Gainsbourg is still a well kept secret. Like most of her films her music is beautiful and intelligent, and she’s now on to her third album.
Released in January this year, IRM (MRI to us) was written and recorded in the months following a water-skiing accident in 2007 that led to her need
ing emergency brain surgery and sessions inside an MRI machine. She became inspired by the repetitive mechanical noise of the machine as can be seen in this lovely teaser video and with Beck producing, the result is an interesting album filled with great singles. We love having it on in the background when working, give it a try on spotify and we can guarantee you’ll fall in love with it!
Model, actress and singer with amazing style… if we didn’t have such a crush on her we’d be very jealous! 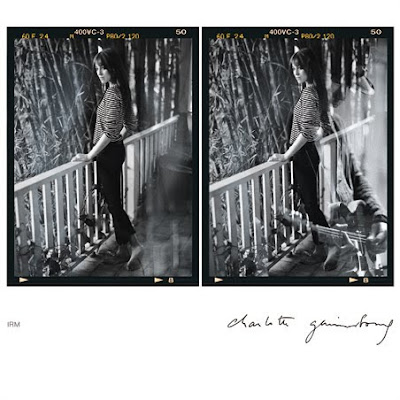 August 13, 2010 by cellardoormagazine | 2 Comments
Contributors, fashion, festivals, Glastonbury, guest blogger, history, Kate moss, music, Sienna Miller, Woodstock
Summer. The season of ice cream, endless days at the beach, road trips to foreign countries, sipping cocktails by the pool, picnics in the park, but above all: festivals. It’s not just because of the music that these events are so popular. Festivals attract young, stylish and free minded people, who come to show and spot the fashionable outfits, dance a little, meet with friends and soak up some sun. But, has it always been like that? Where and when did this “festival craze” start? Let’s look back at three of the most influential festivals ever.
To do that, we have to go way back, all the way to 1969. In this year, the first meaningful festival took place in the town of Bethel, New York, and since Bethel was near the city Woodstock, the festival was called the “Woodstock Music And Art Festival”. It boasted “Three days of peace and music” and the participating artists included Joe Cocker, Jimi Hendrix and Janis Joplin. The dresscode fitted the hippie era perfectly: Lots of fringes, headbands, feathers and.. peace signs. 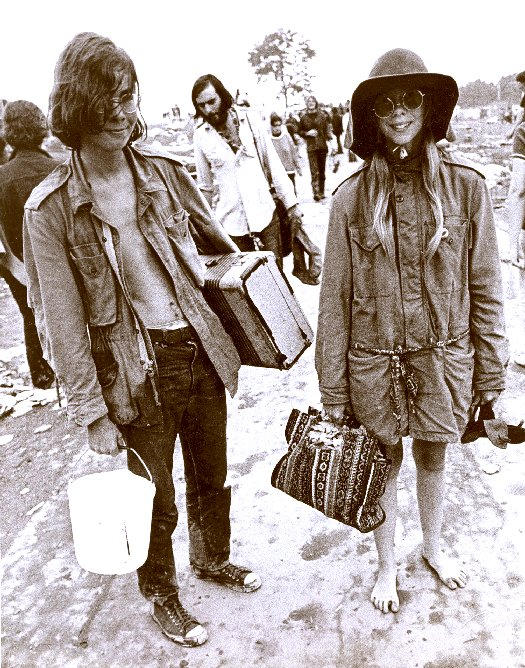 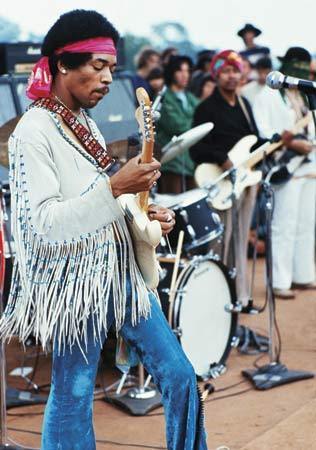 The succesor of Woodstock was the “Pilton Festival”, better known as “Glastonbury”. It first organized in 1970, soley by volunteers with the profits being donated to charity and began as a very small event, with only 1500 visitors. At that time, the festival was all about world peace and they fought against nuclear weapons. Nowadays, Glastonbury is all about showing how ‘little time’ you have spent on your outfit and rock chick fashion, so it will not surprise you that Kate Moss, Sienna Miller and Alexa Chung are regulars at this event. Must haves = shorts, hats, oversized tanks, bracelets and of course Wellies . Not just because they’re fashionable, they are much needed in the always rainy UK…. 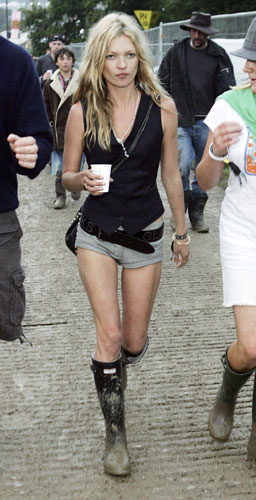 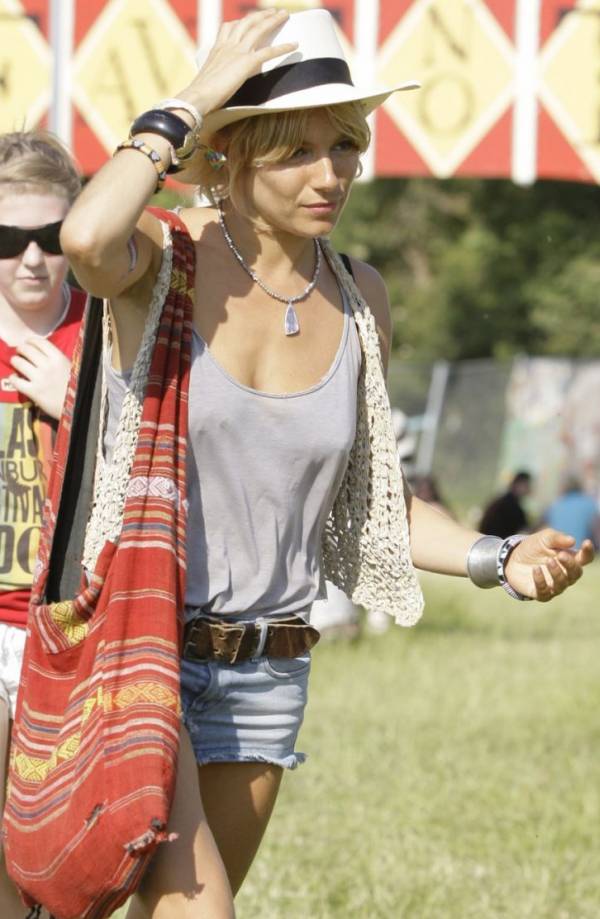 Last but not least, there is the “Coachella”. A youngster compared to the others, since the first two day event was held in 1999 and in 2007 it was extended to three days with the added bonus of camping on the grounds. From the beginning, Coachella was just as much about art as it was about music. Every year it features interesting art and sculptures, that attract young, modern people. Coachella climbed the ladder really fast, in the past few years their line-up has become more and more impressive. From Radiohead and The Cure in 2004, to The Red Hot Chilli Peppers in 2007 and N*E*R*D, David Guetta and Tiesto in 2010. The fashion at Coachella is also laid back, but softer, much like ‘garden party gone bad’. Spot ;ace tops paired with leather shorts, ruffled dresses with boots and a hippie headband to remind us where it all started: Woodstock. But don’t just take our word for it, celebrities such as Whitney Port, Katy Perry, Pixie Geldof and Kate Bosworth are also big fans. 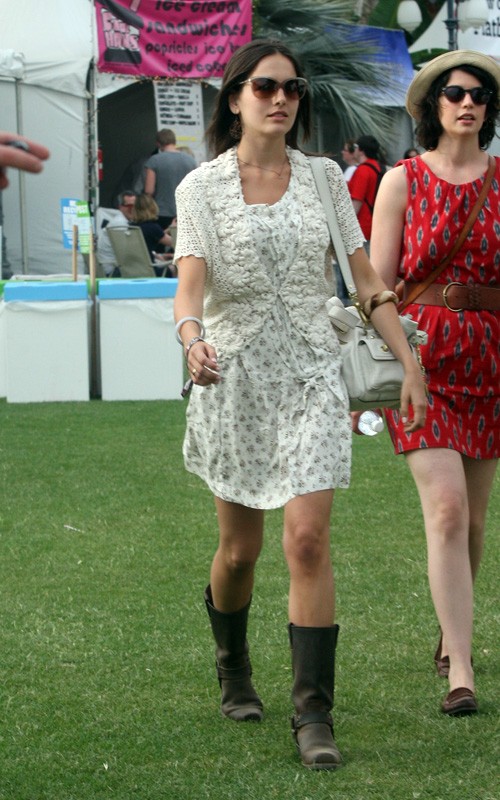 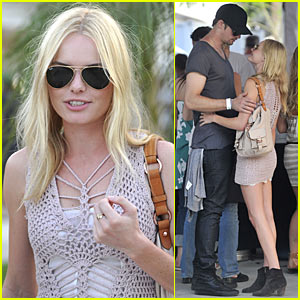 August 7, 2010 by cellardoormagazine | 4 Comments
Contributors, guest blogger, inspiration, Loves, music, Pains of Being Pure at Heart
We guarantee this video and everything else to do with The Pains of Being
Pure at Heart will make you smile. Peggy, Alex, Kurt and Kip make noisy pop songs and wear their hearts on their sleeves.

Although from New York they’re not ashamed to say they owe their sound to
many British bands and because of this are finishing up their second album
in London. We’ve been lucky enough to see them live and they’re wonderful so
if you get the chance to catch them make sure you do. You’ll not be
disappointed in them or Peggy’s lovely clothes! 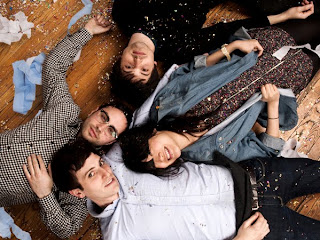 In our Winter Wonderland issue, we interviewed artist Will Cotton after falling in love with his beautiful artwork. His eerily lifelike paintings had a dreamy, vintage feel so we were so glad to be able to feature him and show his work off to all our readers.

Now it seems that ours weren’t the only eyes Cotton’s paintings caught. He has most recently created the artwork for the album cover for none other than Miss Katy Perry, as well being art director on her California Gurls video. She fell in love with his work after a friend pointed him out to her. Perry’s album Teenage Dream is out late next month.

What do you all think?

July 24, 2010 by cellardoormagazine | 4 Comments
Contributors, fashion, festivals, guest blogger, latitude, lissie, music, the xx
Our new contributor Milly headed off to Latitude at the weekend and she just had to share her side of the festival with us (and you of course)

Latitude festival has only been going for five years, but I’d recommend going next year without hesitation. I haven’t been to many festivals but easily preferred it to the likes of Reading. It’s very relaxed and family friendly, but has great parties until 3am for the older crowd. There’s easily something for everyone too from comedy to literature, to theatre and of course music. This year also presented the fabulous Central St Martins and Chelsea Graduate Fashion Shows, as well as a special Coco de Mer one, across the river; a stunning setting.

My favourite aspects were the comedy and music. Well-known comedians like Ardal O’Hanlon of ‘My Hero’ and ‘Father Ted’ fame, and Stephen K Amos, kept us laughing for hours. I actually preferred the Word Tent over the Obelisk [main] arena. The atmosphere was much more exciting and it hosted more of my favourite bands.

We chose to see The National over Florence as we’d seen her at Reading and were not disappointed, the ambience and music was amazing. Highlights of the weekend included seeing The XX, my favourite performance, and meeting Yeasayer! New bands for me included Lissie, who performed spectacularly in a woodland setting, as well as School of Seven Bells.

Without a doubt I want to go back next year, we couldn’t fit everything in and had the most enjoyable time! Check out some of the great bands I’ve mentioned, and be ready to book next year’s tickets! 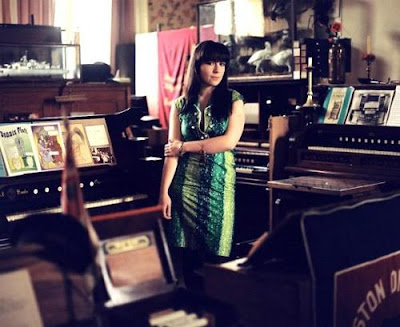 This week we can’t stop listening to Blue Roses (a.k.a. Laura Groves) e.p. ‘Does Anyone Love Me Now?’ as it provided the perfect soundtrack to making summer plans.
Based in Bradford she ‘writes songs for instruments she can’t play yet and makes choirs out of her voice’. The result of this being a collection of beautiful songs about a range of female characters with a voice comparable only to (Her Royal Highness!) Kate Bush.
Blue Roses is currently recording new music and with female singer songwriters being so popular, here’s hoping she comes back with something that finally makes her the star she deserves to be.
You can watch a performance of ‘Does Anyone Love Me Now’ here and she also has a self titled album out now.
By Fehmida Norat