We love getting our teeth into some new music, so we were very excited to hear about this years People’s Music Awards. The ceremony, which takes place on 18th June at London’s Scala, will be a live showcase of some of the best unsigned bands around with one winner receiving a headline support slot at this year’s Secret Garden Party festival in July.

Nominee ‘Anna Macdonald’
If you fancy winning a pair of tickets to the event, all you have to do is leave a comment on this post (along with your email address so we can contact you!) and make sure you’re a fan of Cellardoor on Facebook. Simple!
If you’re not one of the lucky ones fear not – tickets for this year’s awards ceremony are now on sale to the general public, priced at £20, available from here and here.
Good Luck!

June 13, 2011 by cellardoormagazine | 8 Comments
Cath KIdston, events, fashion, Press Day, spring/summer
Now that the cold weather is definitely upon us, we were pleasantly surprised once we stepped inside the press room at Cath Kidston last week. We were greeted with mini scones and a scene that can only be described as the perfect British holiday. We spied a fantastic picnic complete with Frazzles – who remembers those? As well as a cute campsite and even a beach scene. We’re huge fans of Cath and the infamous floral print, so we were definitely in heaven here! 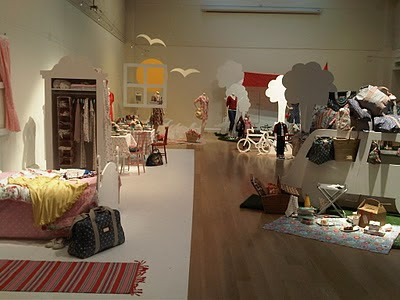 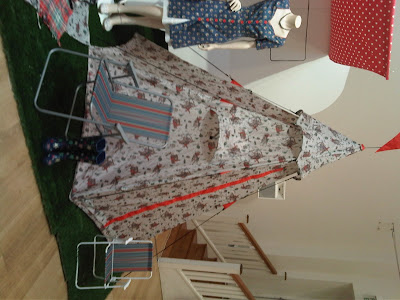 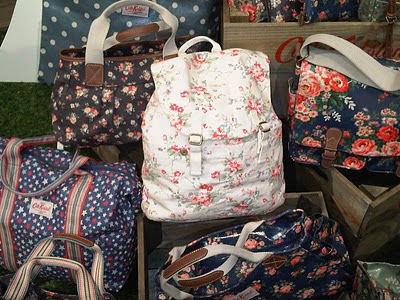 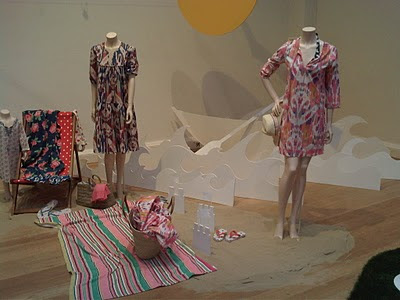 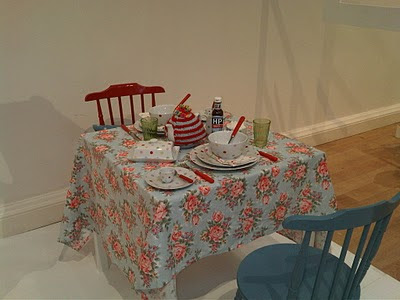 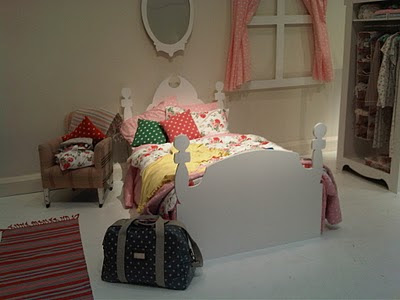 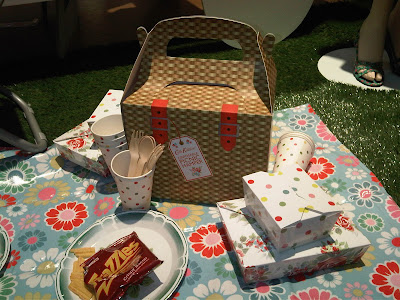 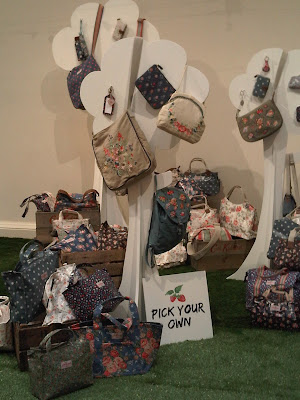 Are you in Brighton this weekend? Want to get your hands on some lovely vintage items? If the answer is yes then enter our giveaway now!
Frock Me! started 7 years ago and has been the inspiration for Channel 4’s eponymous spin off fashion show hosted by Alexa Chung and designer Henry Holland. There will be around 70 exhibitors selling a complete cross section of vintage clothing and accessories from the 1900s right up to 1980s with prices from as little as just a pound or two up to designer items for a little bit more.
The next event will be at the Corn Exchange this Sunday and we’ve got a pair of tickets for one lucky follower. All you have to do is leave us a comment below with your email address and we’ll pick a winner on Saturday. For an extra entry make sure you’re following us on Twitter (@cellardoormag) and tweet about the giveaway.
Good luck!

Everything Everything are a band we can’t keep off repeat at the moment and if you’ve got very keen ears you may have even heard them on our spotify playlist. If not you can head over there now… there’s a whole mix of tracks you’re missing out on!

Our contributor Toni Ogle managed to catch the band at The Talking Heads, Southampton last Monday. What a lucky girl, here’s what she had to say….

After seeing the band Everything Everything by chance for the first time at Reading festival, I eagerly awaited their sold-out Southampton show at The Talking Heads.

Surrounded by an assortment of people of all different ages, I waited for the foursome to take to the stage getting more and more impatient by the minute in the small and stuffy venue. From the moment that Mike, Jonathan, Jeremy and Alex stepped out however, the atmosphere was electric. Jonathan’s unique and powerful voice filled the room whilst the rest of the band sang in the background creating an almost choir sound as they sang in harmony.

What’s really admirable about this band and made the evening even more special is that not only are they exceptionally talented but they also enjoy themselves and this definitely reflected in their show. You could tell this particularly towards the end of the evening when the music became louder and the vocals became more passionate.

The highlight of the evening for me was the performance of ‘Leave the engine room’ throughout which Jonathan’s slow and soothing voice engulfed the crowed sending them into a subdued state of awe. They ended with ‘Photoshop handsome’, which got everyone in the crowd moving with energetic beats and jolted singing. Everyone in the room was having fun, including the band and the atmosphere was amazing – a perfect way to end the evening.

Taking a step back from her successful singing career, pop sensation Lily Allen has turned her hand to more fashionable ventures. While most celebrities enter the fashion world as wannabe designers, Lily has taken a typically different route by launching her own vintage store.

Teaming up with half-sister Sarah Owen, Lily Allen has created a vintage store for modern fashionistas under the name of ‘Lucy in Disguise’, (a parody of the Beatles song, ‘Lucy in the sky’). The sisters have hand-picked a selection of the best vintage clothing from every decade, from beaded gowns of the ‘30s to sequinned catsuits of the ‘80s - and even some pieces from Lily’s own wardrobe. With a special hiring service available and surprisingly reasonable price points, the duo have made vintage fashion accessible to the masses.

The store launched to great success a couple of weeks ago with friends such as Daisy Lowe and Jaime Winstone in attendance. With a vintage make-up salon, retro blow dry bar and stylists on hand to advise, Lucy in Disguise has become a real life dressing up box for the true fashion lover.

Go have a play yourself at Lucy in Disguise, 10 Kings Street, Covent Garden, London.

Are you fanatical about perfume? You might want to get down to Harrods this weekend then. The famous store is holding a unique exhibition devoted to perfume until the 2nd October.

The ‘Perfume Diaries’ aims to take you on a trip through the history of scent from ancient times to the present day and discover exactly what inspired some of the world’s best-loved fragrances.

Curated by leading Perfumer, Roja Dove, the exhibition uncovers the world of perfume and offers a rare chance to see original sketches and bottles as well as old advertisements and personal anecdotes.

It was tea and cakes all round at the preview of Mint Velvet’s new collection and to celebrate their first birthday. Held in a charming café just off the hustle and bustle of Oxford Street we were greeted with a choice of tea, champagne or the most delicious mint lemonade I’ve ever tasted. Alongside this was a selection of dainty cakes from cupcakes to teeny tiny brownies. Yummy. 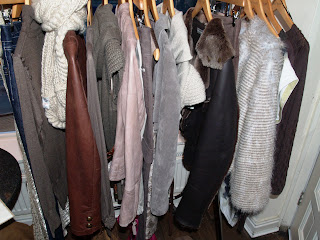 Whilst our tastebuds were being tickled with these delights, we had a chance to sneak a peek at the new range, which is gorgeous. From buttery soft leather jackets to lace dresses, this is a collection to drool over. In the muted smoky greys, khakis and caramels of the season, the clothes were subtle but none the less desirable.
Our absolute favourite piece was a gorgeous soft grey sheepskin coat. Falling at hip level, this was the most stroke-able coat and wearing it would be like giving yourself a hug in the cold mornings of winter. We couldn’t stop touching it and at a very reasonable £120 it is most definitely on our autumn wishlists. We loved this collection and will certainly be keeping an eye on them in the future. 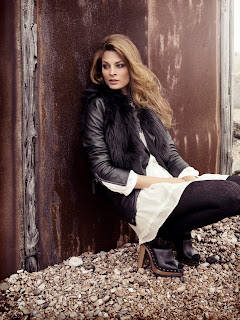 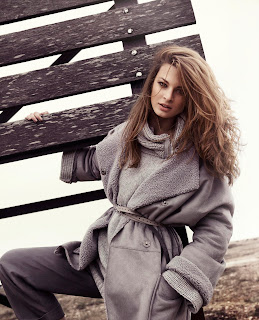 We were lucky enough to be invited to the bloggers event hosted by the lovely girls over at My Sugarland. The boutique, which was started up by stylist Zoe Lem, offers a unique mix of vintage and up and coming London-based designers and graduates.
We were definitely in our element surrounded by all the beautiful garment whilst being encouraged to try them all on.
This place is a haven of hidden gems and we would strongly advise you to take a visit to this little treasure trove in Angel, just don’t hold us responsible for the dip in your bank balance. 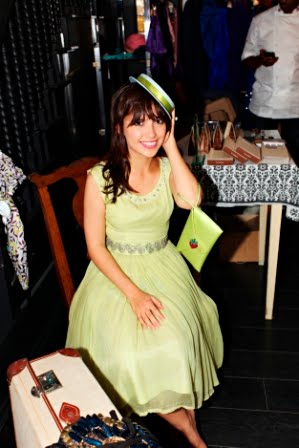 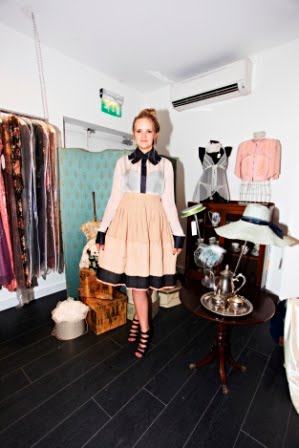 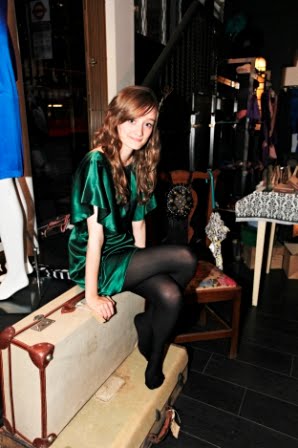 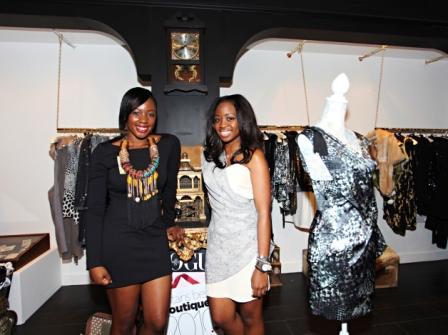 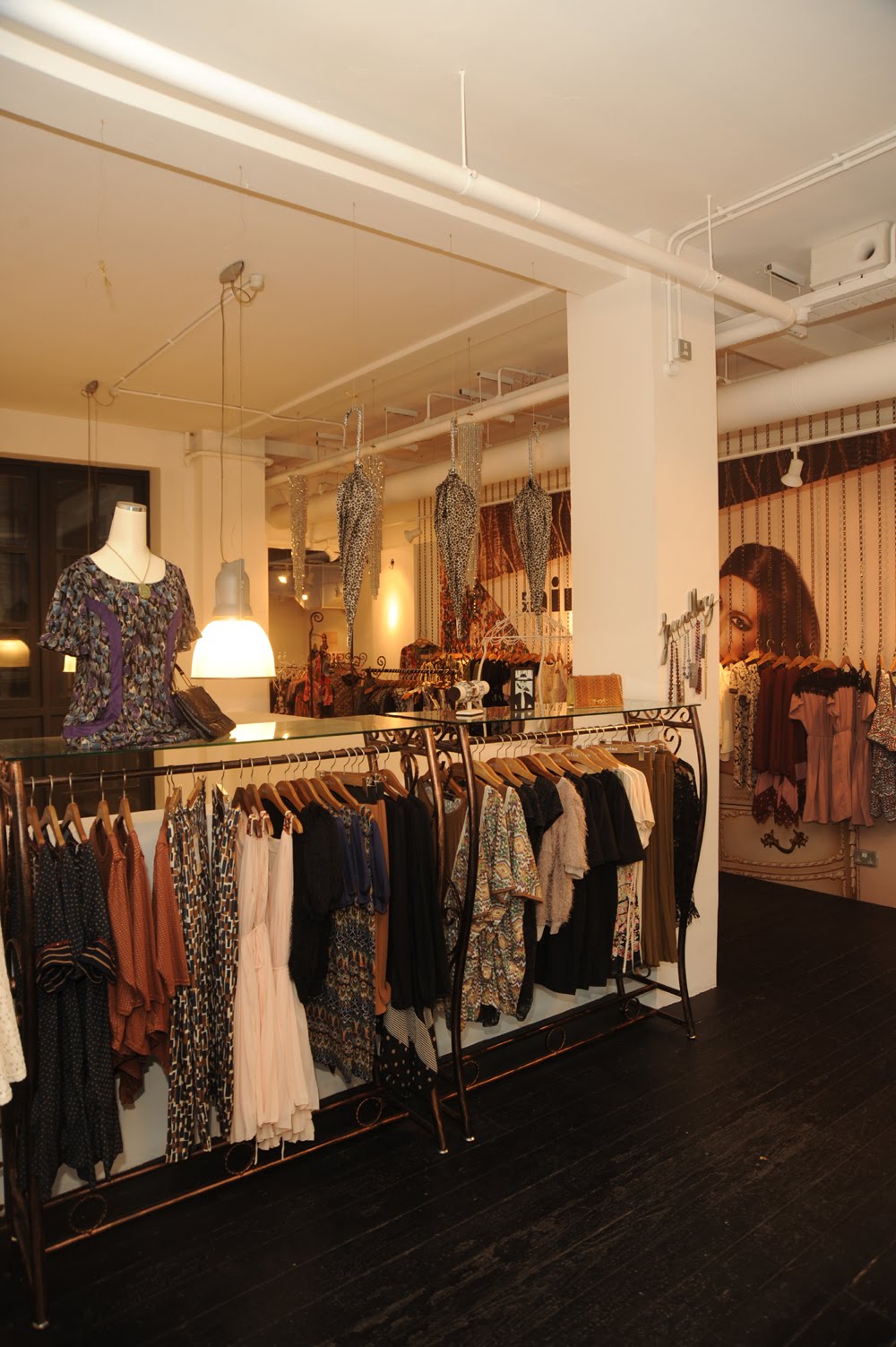 Last week Cellardoor were invited to the launch of Mina UK’s first stand alone store, and boy were we excited. The store, which is located on Great Titchfield Street (just off Oxford St.) is filled with rails and rails of fabulous vintage-inspired frocks and we felt like we were in our very own walk-in wardrobe. Thankfully, the DJ was there to remind us this was a party, so naturally we grabbed one of the delicious cocktails on offer and got back to mingling amongst the pretty dresses.

Sinatra Dress
Mina UK first began life in 2003 as a small fashion clothing stall at Portobello Market in London’s Notting Hill, and has since become a favourite amongst celebs including Fearne Cotton and Sienna Miller. The label’s new collections is full of great stylish dresses, skirts and jackets at affordable prices – we urge to take a look!

We’ve got a ticket for one lucky follower to go to Anita’s Vintage Fashion Show at Battersea Arts Centre on Sunday 12th September (that’s right, THIS Sunday).

There will be 65 stands offering vintage fashion, textiles and accessories from the 1800s to 1970s – and let us tell you, there are some bargains to be had.

If you fancy winning then all you need to do is comment on this blog post, tweet about our competition (@cellardoormag) or blog about us – each of these will count as one entry, so you’ll have more chance of winning if you do all 3! We’ll pick a winner at 12pm tomorrow.