brixton, central st martins, craft, cute, gifts, handmade, indie, jewellery, london, pop up, quirky, workshops
If you’ve been anywhere near Coldharbour Lane in Brixton over the past couple of weeks then you may have already spotted Turpentine, the new ‘creative retail hub’ which offers a whole host of goodies which have been handmade. 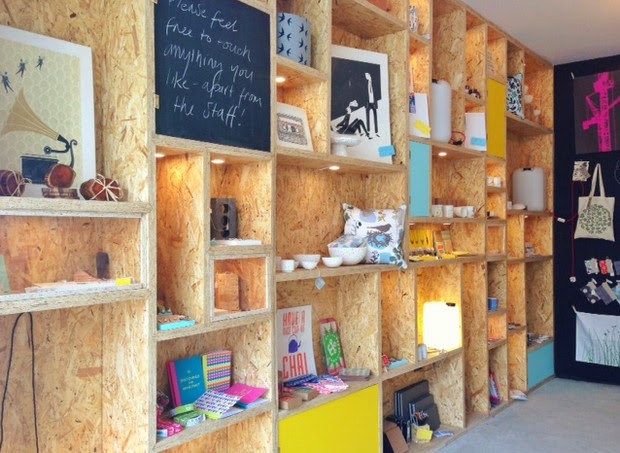 The store – formed by Amber Rogers, Alice Waters and Judith de Berker – originated as a pop-up, selling indie craft, art and giftware, and has now evolved into a shop with its very own permanent residence at 433 Coldharbour Lane. Their cute and quirky items have been created by almost 50 ‘indie-makers’ and range from £15 to £50 – so there’s something to suit every budget!
What’s even better, The Turpentine will run evening and weekend workshops on all sorts of arts & crafts, from jewellery-making and floristry to life-drawing and photography – all led by co-founder Judith de Berker, who attended Central St. Martins.
Pop on by to see it for yourself!

June 3, 2014 by cellardoormagazine | 0 comment
brixton, cupcake, interview, ms cupcake, When I grow Up...
Here at Cellardoor, we do love the odd cupcake or three. And who better to discuss the delicious treats with than Ms. Cupcake herself! We speak to her about her business, and what she has planned for the coming year!

For those of us that don’t know, who is Ms Cupcake?
Ms. Cupcake is a fabulous 1950’s esque housewife with a dream to bring decadent vegan cakes to the masses. She is also known as Mellissa Morgan! I began the business from my home kitchen in 2010 and began selling my homemade cakes at markets around London. In April 2011 we opened London’s first entirely vegan bakery in Brixton.
Where did the idea originate?
I have always baked as a hobby, but had no formal training in either running a business or baking professionally. I’m a vegan and really struggled to find the kind of cake I wanted to eat (indulgent, over the top, decadent, celebration style cake!) in the UK so I thought I should give it a go and see if I could create cakes that were not only suitable for vegans but also for people with intolerances and allergies. I wanted to prove to the general public that vegan cakes could be just as good – if not better!- as traditionally made cakes.
What do you do when you’re not baking?
My life is cake! I am currently writing our first cookbook which is due out in 2013. I am also passionate about helping others to get started in their own businesses so I teach classes on running food businesses from your home at our bakery and also speak at conferences and trade fairs around the country.
What have been your biggest achievements so far?
In September last year I was awarded Rising Star of the Year by the Baking Industry Awards – this was unbelievable to me as I had only been baking professionally for 18 months! I have also just been named a ‘Lambeth Champion’ for the work we do in our local community. This award is especially lovely as it was one of our customers that nominated us. However, I think the biggest achievement for me would be the fact that I now employ 8 people. I am unbelievably proud that my little business has created jobs in the workforce that didn’t exist before.
And tell us more about your summer classes?
We began offering evening classes at our bakery in January 2012 due to customer demand. We now offer classes in Cupcake Decoration, Vegan Baking, How to start a food business from your home, and How to run a successful market stall. We also run classes for children on Sunday mornings. Currently we are booking classes up to September 2012.
What does the future hold for Ms Cupcake?
We are excited about our cookbook being published next year! We are also starting Supper-clubs and Pudding-clubs at our bakery this summer. We are in preparation for national distribution from next year – and who knows what else?!
And finally, do you have any advice for anyone who is thinking of starting up something similar?
Be prepared to put your life on hold. You need to eat, sleep and breathe your business in the beginning. I worked 16 hour days, 7 days per week for the first year and a half of my business. Also, NEVER take on more than you can handle. It is always better to turn down business because you are too busy, than it is to take it on and mess it up. Finally, always listen to customer feedback, but trust your instincts enough to choose when/if you should act on it or disregard it.
By Lizzie Evans

May 1, 2012 by cellardoormagazine | 1 Comment
brixton, Christmas, craft fair, crafty fox market, Pop Up Shop
Fancy doing something a little different, and a little festive this weekend? Then why not pop down to the Dogstar in Brixton and check out the Crafty Fox Christmas Market. 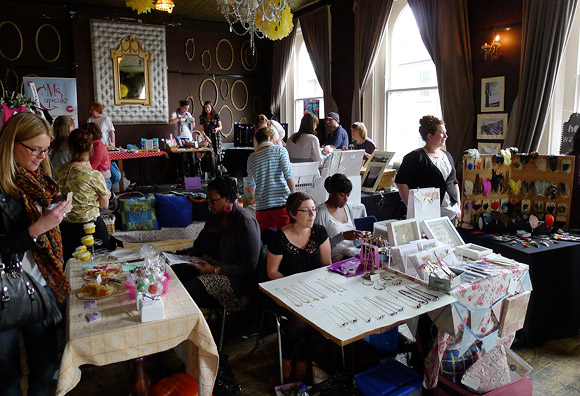 Situated nicely just around the corner from Brixton tube station, the Crafty Fox Market was launched last year to ‘provide a platform for emerging designer makers to showcase their work in a community-driven and creative atmosphere.’
With three whole floors of handmade heaven at your feet, there is bound to be something for everyone, with the market boasting over 40 unique designers and makers selling everything, from hand-made jewellery to customised cutlery.
And let’s not forget about the jam-packed schedule of activities and workshops ready for you to have a go at! Why not try your hand at bunting making? Or maybe even making your own Christmas decorations? The possibilities are endless!
If you’re just looking for a more relaxing afternoon out, you could always head over to ‘The Tea Knees’, Crafty Fox’s very own pop-up tea room. Here you can sit, listen to what the Crafty Fox DJ’s have on offer, and treat yourself to one of their delicious traditional cakes and cupcakes. Mmm!
Entry to the market is free, with some additional charges for selected workshops. The first 50 people through the doors on Saturday and Sunday will also receive a free tote bag from Etsy UK. And while you’re at it, any vintage fans out there might want to keep their ears and eyes peeled at what’s going on down the road at the Living Bar!
Check it out! 10th-11th December (11am-5pm) 389 Coldharbour Lane, Brixton, SW9
By Lizzie Evans